Here is an address by Dr. Subramanian Swamy. Whatever you might be doing, put it aside and listen to a brilliant talk by one of India's profound thinkers. You wont regret it. He might be radical in his thinking and erudite in expression. Some may even call him a maverick. But when it comes to commitment to the cause of what's good for our country's economy and for sound reasoning ability, Swamy will be difficult to beat. This is a must watch presentation by a fearless politician who appears to have researched the subject thoroughly.

Posted by BRIG HEMANT MAHAJAN at 20:56 No comments: 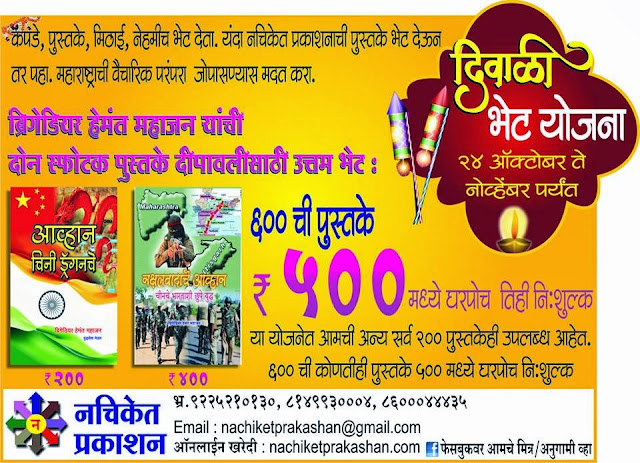 Posted by BRIG HEMANT MAHAJAN at 11:31 No comments:

Email ThisBlogThis!Share to TwitterShare to FacebookShare to Pinterest
Labels: TERRORISM

PRIORITY TO POLICE BAND INSTEAD FACILITIES IN NAXAL ARES

Subject: 10 Most Corrupt Police Forces Read full and don't be surprised .. .. ..and India does not figure in it....yeah !! 10 Most Corrupt Police Forces Police corruption is a form of police misconduct in which law enforcement officers seek personal gain, such as money or career advancement, through the abuse of power, for example by accepting bribes in exchange for not pursuing, or selectively pursuing, an investigation or arrest. All around the world, police forces have been plagued by deep-rooted corruption and criminal activity that have hurt society and endangered its citizens. Many policemen are underpaid and turn to corruption to make more money, but their selfish deeds have wreaked havoc on countries that desperately need help. Here are the 10 most corrupt police forces in the world. 10. Pakistan Police. Pakistan’s police has been ranked among the most corrupt institutions in the country in a survey by an international anti-graft watchdog. Many citizens believe that the police is the most corrupt sector of the Pakistani government. Police brutality, extortion bribery and arresting innocent citizens are all crimes that have been committed among Pakistan’s police forces. 9. Russia Police. Russian government is no stranger to corruption, especially within its police force. Within recent years, facts have surfaced about the corruption and crimes being committed by Russian police officers. Police brutality, extorting bribes and arresting innocent citizens are all crimes that have been committed among Russian police forces. In order to ensure monthly quotas and make ends meet, Russian police turn to corruption and bribery. 8. Sudan Police. Sudan is one of the most corrupt countries for various reasons. Not only has their former president Oman Al-Bashir been indicted for war crimes and genocide, but this nation suffers from a corrupt police force. Sudanese police have been known to extort bribes from civilians in order to supplement their incomes. Police rarely file reports or investigate crimes, and often use violence and retaliation against people who complain about police abuses. 7. Afghanistan Police. Afghanistan has had one of the most corrupt police forces in the world, and it seems like it’s only getting worse with time. Graft has made it impossible for Afghan police to improve and effectively do their job, but corruption is witnessed within the police force, as well. Afghan police have been known to extort money and inflict violence on civilians at police checkpoints around the country. Police also bribe civilians into paying them for their release from prison or to avoid arrest. Although police corruption has gotten slightly better with international efforts and retraining, it continues to suffer at the whim of governmental corruption and power. 6. Somalia Police. The Somali police force is one of the most corrupt agencies in the world. This war-torn country continues to face a great deal of adversity and civilians are at the greatest risk. Somali police have been known to be ineffective and crooked. Because they are underpaid, many Somali police officers steal, extort, bribe and harass individuals to get money. They’ve also had a history of police brutality and often ignore societal violence. In 2009, nearly 1,000 Somali police officers went missing after receiving extensive training funded by the German government. It is believed that the police officers escaped to join the Islamist militia Al-Shabaab. 5. Iraq Police. The Iraqi police have had a long history of corruption and, despite funds and retraining efforts, they’ve managed to maintain their corruption. Iraqi police continue to be highly sectarian and participate in kidnappings, ransom payments and bribery. They have proven to be ineffective at controlling terrorism efforts and protecting civilians in the ways they need to be. 4. Burma Police. Burma is another country with a troubled police force. Corruption among police is nothing out of the norm here. The Burma police force has been known to make victims pay for criminal investigations and often extort money from civilians. Burma is ruled by a highly authoritarian military regime, which has a direct hold on the police force and the rights of citizens. 3. Kenya Police. Kenya has one of the most corrupt police forces in the world. According to a Transparency International repot, an astounding 92 percent of Kenyans ranked their police as the most corrupt and many of them have paid a bribe to Kenyan police within the last 12 months. Citizens are bribed into paying police for access to various services, such as Customs, healthcare, police, education, registration and permits, and even utility services. Kenyan police have even targeted Somali refugees who’ve crossed the border in desperation by Molesting, beating and blackmailing them. 2. Mexico Police. Mexico has one of the most corrupt police forces in the world and it continues to get worse every day. Crime is at an all-time high in Mexico City and border towns, but many police officers are only making it worse. Mexican police turn to corruption to find other means of money because the pay is low. Police will bribe criminals and extort tourists and have been known to give victims the option of “plata o plomo,” which means they can either accept a bribe or be killed. Mexican police also work with drug cartels to protect them and enforce drug trafficking. They often ignore reported crimes and do not investigate them, often imprisoning innocent citizens to cover up their dirty work. 1. Haiti Police. World’s most corrupt police force is of Haiti. The Haitian police have negatively influenced society and Haitian culture with their unethical practices for quite awhile. In recent years, the Haitian National Police have violated various human rights and broken numerous laws, such as kidnapping, drug trafficking and police brutality. They have even resisted preventing or responding to gang-related violence. The lawlessness of the HNP appears to have died down slightly after the catastrophic earthquake in January 2010, but only time will tell if it will stay this way
Posted by BRIG HEMANT MAHAJAN at 01:04 No comments:

Email ThisBlogThis!Share to TwitterShare to FacebookShare to Pinterest
Labels: POLICE 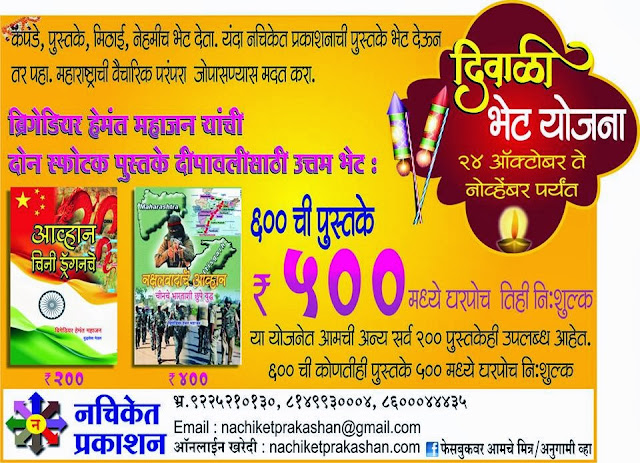 Posted by BRIG HEMANT MAHAJAN at 11:53 No comments:

SIX WAR CHINA WILL FIGHT IN NEXT 50 YEARS

SHP ABOUT TO SINK

SHIP ABOUT TO SINK --- Pritish Nandy A very well-written article! Please read all the way: I like Manmohan Singh. He has immaculate credentials.It’s these credentials that have seen the UPA through its most stormy years.If Singh wasn’t Prime Minister, the Government would have collapsed a long time back.No, not because of its inherent coalition contradictions but because it’s simply not possible for so many crooks with conflicting agendas to loot the country together, almost as if in perfect unison. The Indian Political Philharmonic Orchestra must be the world’s most amazing cacophony of rogues, rascals and robbers.Luckily for the UPA, there was always Singh to fall back on.Most middle class Indians refuse to be cynical.We know exactly what’s happening around us, we criticise it constantly, but when it comes to the crunch we all rally around the nation and the flag.We are not bat-brained paranoids.Neither are we wide-eyed innocents ready to buy into every ridiculous explanation thrown our way to explain the loot that’s taking place in broad daylight.But the latest season of scams has flummoxed all. This is not just Alibaba and his chaalis chors.Everyone among the chaalis chors is another Alibaba with his own forty thieves.That’s the way the pyramid of crime operates today.But because Singh, soft spoken and self effacing, is the face of this Government, India has kept faith. But now, enough is enough. Neither Singh nor Pranab Mukherjee, nor anyone else is capable any more of saving this Government.It’s neck deep in its own sticky sleaze.What’s worse, you haven’t seen anything yet.All these scams are but the tip of the iceberg. Talk to anyone and you will get an instant dhobi list of scams in queue to break.No, I am not saying this.Congress leaders are saying this, in private. Look at Singh, wan and way lost.Or Mukherjee going apopleptic in faux anger because he has to defend what he knows is indefensible.They look less convincing than Rakhi Sawant playing Joan of Arc. The problem is: We have voted into power the stupidest bunch of thieves.They are such losers that they can’t steal a hamburger without leaving ketchup stains all over.Yet they are constantly trying to pull off the biggest scams in history. From Rs 64 crore in Bofors, they have upped the ante to Rs 170,0000 crore in 2G and no, I am not including hundreds of aircraft Air India bought while sinking into bankruptcy and preposterous sums spent on arms deals that have made India the world’s second largest arms buyer when we can’t provide food and healthcare to 60% Indians.Our leaders are making deals on the sly with greedy builders, land sharks, illegal mining companies, corporate fixers, shady arms dealers and, O yes, US diplomats who want to manipulate our political choices. And, what’s more amazing, they do it like bungling idiots.Even Inspector Clouseau can outwit them.But that doesn’t mean they are not malevolent.These are people who are destroying India from within.They are not just robbing you, me, and the exchequer.They are destroying institutions, subverting laws, vandalising our heritage and history, and trying to build a dazzling, amoral edifice of crime and corruption unprecedented in the nation’s history.It’s a scary scenario that could turn the land of the Mahatma into one gigantic Gotham City with a flyover to hell.But my question is more basic: Can we trust these idiots to run this great nation? If you travel and meet people across India, you will realise that for every scam that breaks—and currently there’s one breaking every week—there are ten more waiting in line. The media has never had it so good! And it’s the same gang whose names keep coming up. Kalmadi, Satish Sharma, Sant Chatwal, Ashok Chavan. The NCP lot.The DMK. And everyone, in private, is protesting his own innocence, pointing fingers at someone else.It’s a sure sign of a collapsing regime.It’s what happened when Rajiv with a staggering majority in parliament lost his mandate to govern.Rats alone don’t leap off a sinking ship.So do everyone else. So even though Singh, like Pontius Pilate, may wash his hands off every scam that hits the headlines, the fact is:The longer this Government stays, the more compromised the Congress will be, and the less capable of coming back to power.You can’t allow the sovereignty of a nation to be compromised just to win a confidence vote.You can’t bribe MPs to get your way in parliament.You can’t allow a shady hotelier, with CBI cases against him, to play roving diplomat and, worse, give him a Padma Bhushan for it.You can’t appoint a tainted bureaucrat as the nation’s CVC.You can’t file a FIR against a corrupt CM and then allow him to melt away.You can’t let the prime witness to the nation’s biggest scam, who offered to turn approver, be murdered in broad daylight and pretend it’s a suicide.If this is the best this Government can do, it’s time to step down. Pritish Nandy
Posted by BRIG HEMANT MAHAJAN at 05:05 No comments:

Email ThisBlogThis!Share to TwitterShare to FacebookShare to Pinterest
Labels: INDIA AGAINST CORRUPTION