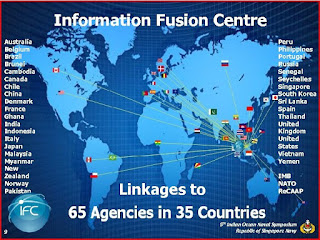 5 April is celebrated as National Maritime Day in India. On this day in 1919, navigation history was created when SS Loyalty, the first ship of The Scindia Steam Navigation Company Ltd., journeyed to the United Kingdom, a crucial step for India's shipping history when sea routes were controlled by the British.

The last four years (2013 – 2017) saw an unprecedented growth of 42.3% ship board jobs for Indian Seafarers. The seafarers employed on ships world wide increased from 108446 in 2013 to 154349 in 2017. India now provides 9.35% of the global seafarers and rank third in the list of the large seafarers supplying nation to the world maritime industry.

The worldwide population of seafarers serving on internationally trading merchant ships is estimated at 1,647,500 seafarers, of which 774,000 are officers and 873,500 are ratings.

As on April 30, India had a eet strength of 1,323 ships with dead weight tonnage (DWT) of 17.50 million including Indian controlled tonnage, (SCI) having the largest share of around 34 per cent. Of this, around 410 ships of 15.79 million DWT cater to India's overseas trade and the rest to coastal trade. The Survey, however, added that riding on initiatives by the government to protect shipping industry, the year 2016 saw Indian shipping industry once again through the choppy waters of volatile freight rates. To encourage the growth of Indian tonnage and for higher participation of Indian ships in Indian trade, the government has implemented several measures which include making fuel tax free for all Indian ag coastal vessels engaged in container trade and giving income ta benet to Indian seafarers working on Indian ships. The report also said that a vision for coastal shipping, tourism and regional development has been prepared, with a view to increasing the share of the coastal/inland waterways transport mode from 7 per cent to 10 per cent by 2019-20.

Posted by BRIG HEMANT MAHAJAN at 23:05